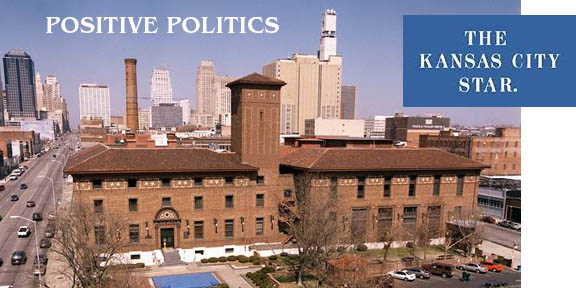 The shooting at The Capital Gazette shocked all journalists.

It was even more chilling personally as the motive and circumstances dribbled out over the next two days because 40 years ago I faced a gunman with a grudge in The Kansas City Star newsroom.

His motive was the same—certainty that the newspaper in general and me in particular had destroyed his life.

He had a .45-caliber automatic in his oversized pocket, even though authorities knew he was mentally ill and had held police at bay for 16 hours earlier in the summer, because a legal loophole got him all his guns back.

I’m alive today because of great work by Kansas City Police and a very direct lesson that God really does watch over those who seek his help.

But unlike those at the Gazette, whose assailant will never see a gun or freedom again, my nightmare lasted about six years, when we moved to Oklahoma to publish the Oologah Lake Leader in Will Rogers’ birthplace.

It began the evening of Aug. 22, 1978 with an Operation 100—Kansas City’s police code for an armed, barricaded person.

My lead the next afternoon was blunt but sympathetic:

“A 29-year-old Vietnam War veteran whose life went sour after an honorable discharge from the Air Force surrendered peacefully to police at 11:15 a.m. today after holding officers at bay for 16 hours from a basement apartment.”

No shots were fired, and to defuse the situation police agreed to file no charges if he would not harm anyone and give up his weapons. Instead he voluntarily went to the VA mental hospital in Topeka, Kan.

My story reconstructed his life: He graduated from high school in 1968, proudly joined the Air Force and learned a skilled trade, working as an aircraft mechanic in Thailand and Texas, and was honorably discharged in 1973 without ever seeing Vietnam combat duty.

He returned to Kansas City hoping to work at the huge overhaul base for KC-based airline giant TWA. But nothing was available.

So he worked as a busboy, at the waterworks, train station and a small auto repair shop. Police said he snapped after losing that job.

“His biggest worry was getting a decent job,” his father said at the standoff scene.

Now, suddenly a 25-year-old reporter in an almost deserted square-block newsroom was facing a 23-year-old veteran with a gun saying I had destroyed his life.

He was going to kill me, he said, but first wanted to explain why. With no training in handling such confrontations, my subconscious sent up that silent prayer: “Please help me, Lord, so nobody is hurt.”

It was a prayer for three of us—him, because I felt real sympathy for his plight; me; and my boss, mentor and friend Managing Editor Tom Eblen who in the almost empty newsroom would have been maimed or killed by the same bullet that tore through had the soldier opened fire.

For someone intent on killing for revenge, he was remarkably soft spoken and rational. He explained that because of my story he would never get a job, have friends or a romantic life. I had to pay for that.

A light went off. I asked if we could go over the story before he fired, so I could understand the problem and see if it could be fixed. He agreed and I put the story between us. We started down the front page portion, paragraph by paragraph.

He pointed, somewhat agitated, to the sixth paragraph which read:

“Police said [he] had been living with his father, has a history of mental problems and has been in mental hospitals on both sides of the state line since his return from the service.”

How am I going to do anything in my life after you said that about me, he asked.

A new idea hit—don’t argue, keep him talking. Since I’d notice he was articulate with the makings of a writer or poet, I asked if I had said what he’d just read or had simply quoted someone else whose words ruined his life.

He paused—Well, the police said that, but how do I know which police?

I said I knew and would be glad to get him on the phone to see if they couldn’t work something out.

For some reason, he was curious and wanted to talk. So I called the sergeant involved, interrupting a meeting but knowing him well enough to say two or three words so he realized there was a critical emergency. Using phrases which quickly told him to ask “yes” or “no” questions to avoid my visitor’s suspicion, I conveyed enough so he knew who was at my desk, what kind of gun he had, where I was in the newsroom (which he knew well), and whether I could keep the soldier looking away from a back stairway while a SWAT team quietly slipped in and took control.

I told the soldier that the sergeant understood the problem and wanted to help. Miraculously, it worked. They talked about 10 minutes without him or me ever realizing the SWAT team had arrived and disarmed him–since one hand held the phone and the other was out of his pocket finding words in the story as he talked.

Again, since he never actually displayed the gun (though it was later confirmed to be real, loaded with a shell chambered) and nobody was hurt, he was taken to Topeka—and again soon released to reclaim his guns.

By then the Star’s front entrance had security; no more unsecured entrances, and other precautions. All seemed fine—until the day he showed up wanting to see me, couldn’t get in, and left a poem of sorts still full of rage.

That pattern continued every few months for several years. (Ironically, some poems could have been quite good with some editing.)

Then he left a bombshell, a very clear death threat so carefully worded it violated no laws.

Star and police brass agreed the man would kill me if he ever got the chance, but he had done nothing to allow arrest or weapon seizure.

The only option: heightened vigilance at the paper, police protection at home. I asked if police in suburban Roeland Park, Kan., could wait until I got home so my wife didn’t have to face that news alone-but two very kind, professional officers beat me there.

Fortunately, I had been promoted to run a new bureau 25 miles away from the main office inaccessible, like my home, by buses, his only transportation. So he was always told I wasn’t in the office but could leave a message. He usually did.

He didn’t know we’d moved to Oklahoma, I discovers, since he continued to visit the Star for several more years. I hope he’s gotten the help he needed.

I was truly blessed. My assailant was still rational enough to want to explain before opening fire, saving multiple lives that day in late summer, 1978.

Sadly, the Annapolis victims never had that chance. But their spirits, and those of their colleagues who survived, is an inspiration to us all and perhaps a wake-up call that both guns and mental illness are issues we as journalists should shed more real light, not heat and rancor, upon.

Editor’s note: In his 47-year career, Oklahoma Hall of Fame Journalist John M. Wylie II has never faced a serious threat of a lawsuit but has faced multiple death threats including one, four decades ago, where he was face-to-face with a man armed with a large-caliber gunman. After the June 28 shooting in an Annapolis, Md., newsroom killed five people, he decided it was time to break a 40-year public silence and describe the incident—including his mixed feelings of both fear of and sympathy for the gunman and the disgust that after 40 years, the laws that allowed the man to continue stalking him for years remain unchanged. This is an updated version of a story originally published in the e-mail journalism daily news service Connecting, which serves a worldwide audience of several thousand journalists whose primary tie are connections with the Associated Press or news organizations that were members of the AP through which they had close ties to the international news service.